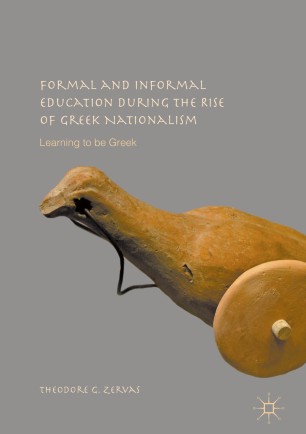 Formal and Informal Education during the Rise of Greek Nationalism

Learning to be Greek

This book examines informal modes of learning in Greece from in the late nineteenth and early twentieth centuries, set against the backdrop of Greek nationalist interests and agendas. For much of this period, one of the Greek state’s major goals was to bind the nation around a common history and culture, linked to a collective and homogenous community. This study addresses the critical relationship between the average Greek child and their home, community, and school life during the earliest stages of their education. The stories, games, songs, and theater that children learned in Greece for much of the late nineteenth and early twentieth centuries went beyond shaping their moral character or providing entertainment, but were instrumental in forging a Greek national consciousness.