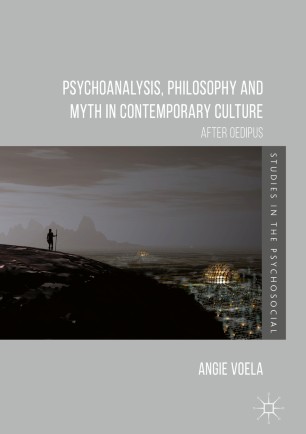 Part of the Studies in the Psychosocial book series (STIP)

This book examines the use of myth in contemporary popular and high culture, and proposes that the aporetic subject, the individual that ‘does not know’, is the ideal contemporary subject. Using several contemporary novels, films and theatrical plays that illustrate aporia – such as Percy Jackson and the Lightning Thief (Riordan, 2007), Tron Legacy (Koninski, 2010), Welcome to Thebes (Buffini, 2010), The Photographers(Koundouros, 1998), Prometheus (2012) and Prometheus Retrogressing (Sfikas, 1998) – Angie Voela introduces common ground between Lacanian psychoanalysis and some of Freud’s most ardent critics, Michel Foucault and Jean Baudrillard, as well as the cultural philosopher Bernard Stiegler. These unprecedented systematic comparisons broaden the scope and impact of Lacanian psychoanalysis in inter-disciplinary debates of philosophy and culture and Voela argues that apart from dealing with the past, psychoanalysis must also deal more explicitly with the present and the future. She presents a unique inquiry into modern subjectivity that will be of great interest to scholars of psychoanalysis, philosophy, film, literature and contemporary culture.