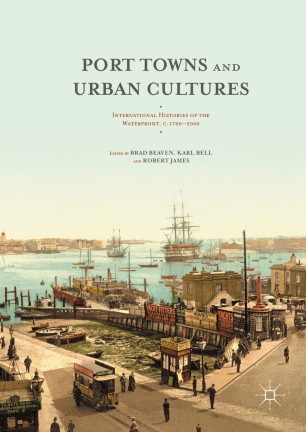 International Histories of the Waterfront, c.1700—2000

Despite the port’s prominence in maritime history, its cultural significance has long been neglected in favour of its role within economic and imperial networks. Defined by their intersection of maritime and urban space, port towns were sites of complex cultural exchanges. This book, the product of international scholarship, offers innovative and challenging perspectives on the cultural histories of ports, ranging from eighteenth-century Africa to twentieth-century Australasia and Europe. The essays in this important collection explore two key themes; the nature and character of ‘sailortown’ culture and port-town life, and the representations of port towns that were forged both within and beyond urban-maritime communities. The book’s exploration of port town identities and cultures, and its use of a rich array of methodological approaches and cultural artefacts, will make it of great interest to both urban and maritime historians. It also represents a major contribution to the emerging, interdisciplinary field of coastal studies.