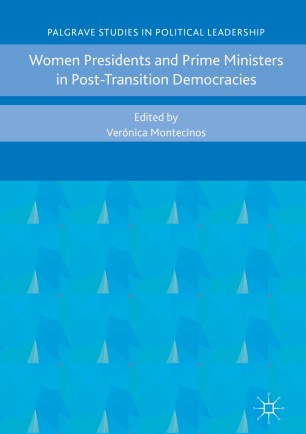 This book contributes to our understanding of the trajectories and prerogatives of female political leaders in the varying context of democratization, political institutions and cultural norms. No woman had been elected leader of a country before 1960, but with democratic transitions on the rise since the 1970s, the number of women in executive office gradually became a trend of global scope. In 2015, nineteen countries had an elected female Head of State and/or Government, a proportionally small number that is expected to climb as more women compete for high office, sometimes against other female candidates. This volume compares how women executives differ in promoting gender equality and advocating for women’s rights and interests, as well as in their ability to negotiate gender policy agendas. Comparative and theoretical chapters on post-transition women leaders are complemented by case studies in eight countries in Africa, Asia, Latin America and Eastern and Central Europe. This book will be of use to students and scholars interested in gender studies, comparative politics, and political leadership.

Verónica Montecinos is Professor of Sociology at the Pennsylvania State University, Greater Allegheny, USA. She authored Economists, Politics and the State: Chile 1958 – 1994 (1998) and co-edited Economists in the Americas (2009). She has published essays on democratization, technocratic politics, history of economic ideas, and gender and pensions.

“This book makes an important contribution to the knowledge base about the role that economic, cultural, and political conditions play in women’s leadership in post-transition democracies, which has been a highly ignored issue. … Overall, this book will be reference reading for scholars working on women’s participation in politics in general, and in post-transition democracies in particular.” (Sema Akboga, Democratization, Vol. 26 (5), 2019)
Buy options