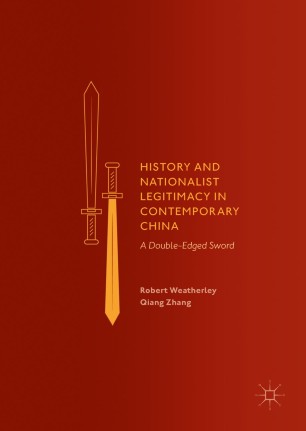 This book examines how the Chinese Communist Party (CCP) has attempted to bolster its nationalist legitimacy through the utilisation of Chinese history. The authors identify two different modes of nationalism - aggressive and consensual - both of which are linked to the historical memory of the late Qing Dynasty and Republican era. Aggressive nationalism dwells on China’s traumatic “century of humiliation” and is intended to incite popular resentment towards former imperialist powers (particularly Japan and the US) whenever they are deemed to still be acting in a provocative manner in their dealings with China. The aim is to remind the Chinese people that the CCP liberated China from imperialism after 1949 and has since restored national pride. Consensual nationalism is more conciliatory, emphasising common historical ties with the Guomindang (KMT) during the Second Sino-Japanese War and the Republican era. Here, the CCP is trying to promote itself as the party of national harmony and unity, with the long-term objective being peaceful reunification with Taiwan. However, the public response in China has not always been supportive of the CCP’s claims to be the sole defender of Chinese national interests. Some critics have suggested that China would have been better off if the KMT had won the civil war instead of the CCP. Others have insisted that the party is hopelessly weak on issues of national importance and that China is no stronger now than it was during the final throes of the much-hated Qing Dynasty. This book will be of interest to research students and scholars of Chinese politics, history and international relations.

Robert Weatherley is Affiliated Lecturer in Chinese Politics at the Faculty of Asian and Middle Eastern Studies and the Department of Politics and International Studies, University of Cambridge, UK.  He also works as a commercial lawyer for the UK law firm Mills & Reeve LLP.

Qiang Zhang is Researcher at the Department of Politics and International Relations, University of Oxford, UK. Prior to this, he was a BBC journalist for 11 years.

“This book offers a new and engaging interpretation of the different ways in which the CCP has asserted its nationalist credentials. The authors present compelling evidence that despite the considerable time, effort and money devoted to disseminating its message, the party has been unable to convince all of the public all of the time of its version of Chinese history.” (Shaun Breslin, Professor of Politics and International Studies, University of Warwick, UK)

“A prudent, scholarly and well-written account of one of the most contentious issues in contemporary Chinese politics - the extent and potential impact of nationalism.  This book represents the happy collaboration of a scholar from the UK and one originally from China but now based in Britain, who are able to bring their respective expertise to bear on an issue, creating light where there is all too often darkness. Highly recommended.” (Kerry Brown, Professor of Chinese Studies, King’s College London, UK)