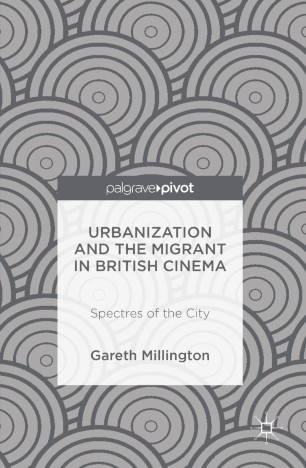 Urbanization and the Migrant in British Cinema

Spectres of the City

This book examines a cycle of films about migration made in the late 1990s and 2000s. It argues that these films present a novel (and radical) aesthetic of planetary urbanization based upon the mobility of the migrant and the dissolution of the city. A stimulating cinematic analysis of our expanding urban fabric, it offers an alternative to the ‘cultural cityism’ of many other films about migration. The author demonstrates that this particular film cycle offers a rare, sustained consideration of the travails and struggles for urban life by migrants beyond and without the city. Yet the city haunts these films like a spectre: the city that has been lost, the ‘present’ city that excludes and the possible ‘cities of refuge’ of the future. Offering new insights into the cinematic portrayal of the figure of the migrant and how this is constructed in relation to urbanization processes, this book will appeal to students and scholars of sociology, film and media studies, human geography, and urban studies.
Gareth Millington is Lecturer in Sociology at the University of York, UK.

Gareth Millington is Lecturer in Sociology at the University of York, UK.