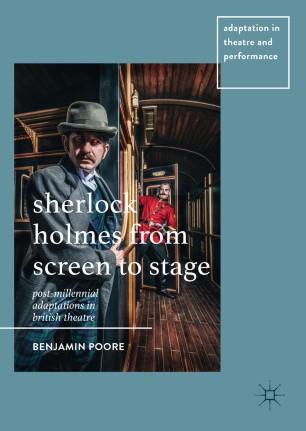 Sherlock Holmes from Screen to Stage

This book investigates the development of Sherlock Holmes adaptations in British theatre since the turn of the millennium. Sherlock Holmes has become a cultural phenomenon all over again in the twenty-first century, as a result of the television series Sherlock and Elementary, and films like Mr Holmes and the Guy Ritchie franchise starring Robert Downey Jr. In the light of these new interpretations, British theatre has produced timely and topical responses to developments in the screen Sherlocks’ stories. Moreover, stage Sherlocks of the last three decades have often anticipated the knowing, metafictional tropes employed by screen adaptations. This study traces the recent history of Sherlock Holmes in the theatre, about which very little has been written for an academic readership. It argues that the world of Sherlock Holmes is conveyed in theatre by a variety of games that activate new modes of audience engagement.