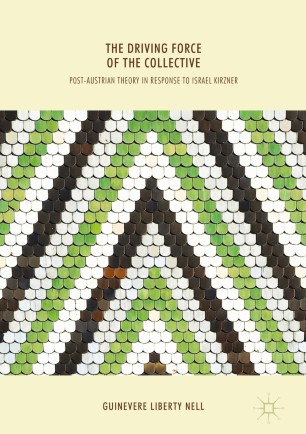 The Driving Force of the Collective

This book investigates why Austrian economists fail to apply the spontaneous order framework to cooperative relationships – such as a dynamic and evolving public sector – that might complement a thriving market. In direct response to Israel Kirzner's The Driving Force of the Market, Nell challenges traditional Austrian economics by proposing "democratic process theory" as a parallel to market process theory, highlighting the possibilities for an economic organization that harnesses the power of transparent and effective democracy. Keeping in mind the central problems experienced in socialist and capitalist countries due to self-interested political and economic actors, The Driving Force of the Collective highlights the public sector advantages of allowing culture and institutions to evolve endogenously as a spontaneous public sector order.

Guinevere Liberty Nell studied and published in Austrian economics and Soviet history, and worked as a programmer and as a tax policy analyst at The Heritage Foundation in Washington, D.C. before earning a Master's Degree in Soviet economic history from the University of Warwick, UK. She is the author of Rediscovering Fire: Basic Economic Lessons from the Soviet Experiment and Spontaneous Order and The Utopian Collective, and editor of three essay collections that push the boundaries of Austrian economics.