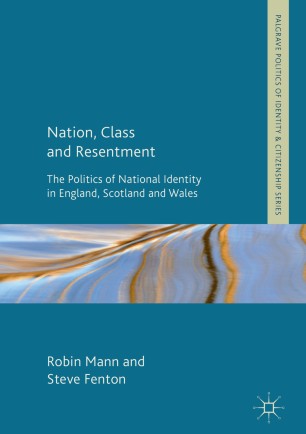 The Politics of National Identity in England, Scotland and Wales

This timely book provides an extensive account of national identities in three of the constituent nations of the United Kingdom: Wales, Scotland and England. In all three contexts, identity and nationalism have become questions of acute interest in both academic and political commentary. The authors take stock of a wealth of empirical material and explore how attitudes to nation and state can be understood by relating them to changes in contemporary capitalist economies, and the consequences for particular class fractions. The book argues that these changes give rise to a set of resentments among people who perceive themselves to be losing out, concluding that class resentments, depending on historical and political factors relevant to each nation, can take the form of either sub-state nationalism or right wing populism. Nation, Class and Resentment shows that the politics of resentment is especially salient in England, where the promotion of a distinct national identity is p

Students and scholars across a range of disciplines, including sociology and politics, will find this study of interest.

Robin Mann is Senior Lecturer in Sociology at Bangor University, UK and a member of the Wales Institute of Social and Economic Research, Data and Methods (WISERD). His research interests are national identity, nationalism, class and civil society and he has published widely in international journals on these topics. His current research is focused on understanding change in civic participation in Wales as part of the ESRC/WISERD Civil Society Research Centre.

Steve Fenton is Professor Emeritus of Sociology at the University of Bristol, UK. He is a member of Bristol's Centre for the Study of Ethnicity and Citizenship. He has researched and published widely in the fields of ethnicity, health, employment, education, and more recently and national identity and nationalism.