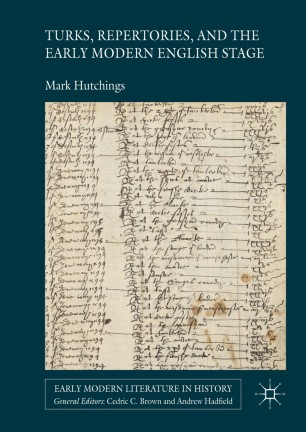 This book considers the relationship between the vogue for putting the Ottoman Empire on the English stage and the repertory system that underpinned London playmaking. The sheer visibility of 'the Turk' in plays staged between 1567 and 1642 has tended to be interpreted as registering English attitudes to Islam, as articulating popular perceptions of Anglo-Ottoman relations, and as part of a broader interest in the wider world brought home by travellers, writers, adventurers, merchants, and diplomats. Such reports furnished playwrights with raw material which, fashioned into drama, established ‘the Turk’ as a fixture in the playhouse. But it was the demand for plays to replenish company repertories to attract London audiences that underpinned playmaking in this period. Thus this remarkable fascination for the Ottoman Empire is best understood as a product of theatre economics and the repertory system, rather than taken directly as a measure of cultural and historical engagement.

Mark Hutchings is Lecturer in English Literature at the University of Reading, UK, where he specialises in early modern theatre history and performance. He has published widely on Thomas Middleton, including as editor of a forthcoming collection of essays on The Changeling, and he is currently collaborating on a project on Anglo-Spanish diplomacy.