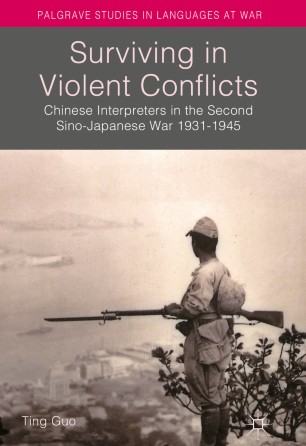 This book examines the relatively little-known history of interpreting in the Second Sino-Japanese War (1931-45). Chapters within explore how Chinese interpreters were trained and deployed as an important military and political asset by competing domestic and international powers, including the Chinese Nationalist Government (Kuomingtang), the Chinese Communist Party and Japanese forces. Drawing from a wide range of sources, including archives in mainland China and Taiwan, memoirs and interviews with former military interpreters, it discusses how the interpreting profession was affected by shifts of foreign policy and how interpreters’ professional habitus was formed through their training and interaction with other social agents and institutions. By investigating individual interpreters’ career development and border-crossing strategies, it questions the assumption of interpreting as an exclusive profession and highlights interpreters’ active position-taking as a strategy of self-protection, a route to power, or just a chance of a better life.
Ting Guo is Lecturer in the Department of Modern Languages, University of Exeter, UK. A specialist in translation history, she has written widely on the roles of Chinese translators and interpreters in twentieth century China. She has published articles in journals such as Literature Compass, Translation Studies, and Translation Quarterly.