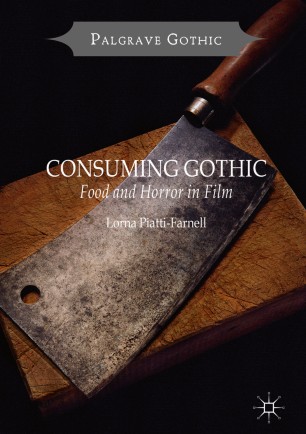 Food and Horror in Film

“A leading Gothic and food scholar, Piatti-Farnell offers an insightful examination of the social and cultural anxieties that surround food. Acknowledging the centrality of eating to survival and culture, she explores how food horror undermines the normality of food by confronting us with its abject realities.  Often unsettling, sometimes revolting, but always enlightening, Piatti-Farnell’s analysis gives the reader a lot to chew over; food for thought for the horror fan or scholar alike.  Bon Appetit.”

- Stacey Abbott is a Reader in Film and Television Studies at the University of Roehampton, UK. She is the author of Undead Apocalypse: Vampires and Zombies in the 21st Century (2016).

This book offers a critical analysis of the relationship between food and horror in post-1980 cinema. Evaluating the place of consumption within cinematic structures, Piatti-Farnell analyses how seemingly ordinary foods are re-evaluated in the Gothic framework of irrationality and desire. The complicated and often ambiguous relationship between food and horror draws important and inescapable connections to matters of disgust, hunger, abjection, violence, as well as the sensationalisation of transgressive corporeality and monstrous pleasures. By looking at food consumption within Gothic cinema, the book uncovers eating as a metaphorical activity of the self, where the haunting psychology of the everyday, the porous boundaries of the body, and the uncanny limits of consumer identity collide. Aimed at scholars, researchers, and students of the field, Consuming Gothic charts different manifestations of food and horror in film while identifying specific socio-political and cultural anxieties of contemporary life.