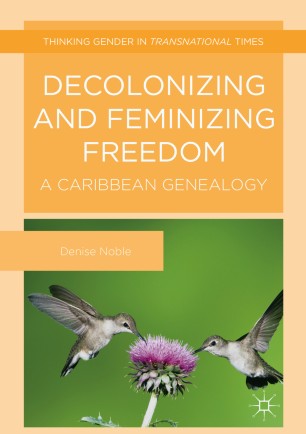 This book traces the powerful discourses and embodied practices through which Black Caribbean women have been imagined and produced as subjects of British liberal rule and modern freedom. It argues that in seeking to escape liberalism’s gendered and racialised governmentalities, Black women’s everyday self-making practices construct decolonising and feminising epistemologies of freedom. These, in turn, repeatedly interrogate the colonial logics of liberalism and Britishness. Genealogically structured, the book begins with the narratives of freedom and identity presented by Black British Caribbean women. It then analyses critical moments of crisis in British racial rule at home and abroad in which gender and Caribbean women figure as points of concern. Post-war Caribbean immigration to the UK, decolonisation of the British Caribbean and the post-emancipation reconstruction of the British Caribbean loom large in these considerations. In doing all of this, the author unravels the colonial legacies that continue to underwrite contemporary British multicultural anxieties. This thought-provoking work will appeal to students and scholars of social and cultural history, politics, feminism, race and postcoloniality.