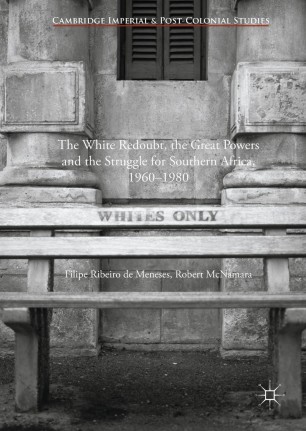 The White Redoubt, the Great Powers and the Struggle for Southern Africa, 1960–1980

This work examines the attempt by the governments of Portugal, Rhodesia and South Africa to defy the drive for African independence in the 1960s and 70s, and the international community’s response. From 1961 to 1974, Portugal, Rhodesia and South Africa collaborated in the attempt to preserve white minority rule in their respective territories. Hard-pressed by African nationalists, recently decolonized states, and many of the world’s Great Powers, they supported each other economically, politically and militarily, turning southern Africa into a major diplomatic concern which defied Cold War logic. This book examines how this collaboration came about and how the international community responded to it, paying close attention to the evolving situation in each country. The Portuguese Revolution of April 1974 undid this ‘white redoubt’, and the diplomatic policy subsequently adopted by apartheid South Africa – détente – led it to sacrifice Rhodesia in return for the illusion of permanent safety. A true work of transnational history, this book is based on the archival material of eight different countries, yet it serves as well as an introduction to the politics of southern Africa during the late colonial era.