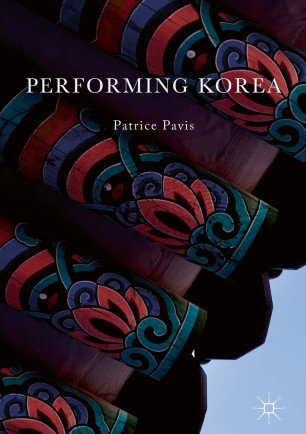 This book offers an exploration of the intersection of Korean theatre practice with Western literary theatre. Gangnam Style, K-Pop, the Korean Wave : who hasn't heard of these recent Korean phenomena? Having spent two years in Korea as a theatrical and cultural ‘tourist’, Patrice Pavis was granted an unparalleled look at contemporary Korean culture. As well as analyzing these pop culture mainstays, however, he also discovered many uniquely Korean jewels of contemporary art and performance.

Examining topics including contemporary dance, puppets, installations, modernized pansori, 'Koreanized' productions of European Classics and K-pop and its parody, this book provides a framework for an intercultural and globalized approach to Korean theatre. With the first three chapters of the book outlining methodology, the remaining chapters test – often deconstructing and transforming in the process - this framework, using focused case studies to introduce the reader to the cultural and artistic world of a nation with an increasing international presence in theatre and the arts alike.

Patrice Pavis is Professor in the School of Art of the University of Kent, UK. Formerly a professor in Paris and Seoul, he has taught at universities across the globe. Publications include Theatre at the crossroads of Culture (1992), Dictionary of the Theatre (1999), the Intercultural Performance Reader, (1996), Contemporary Mise en Scène (2012) and the Dictionary of Performance and Contemporary Theatre (2016).