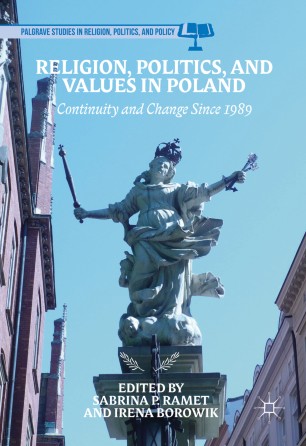 Religion, Politics, and Values in Poland

Continuity and Change Since 1989

This volume brings together leading scholars to examine how the Church has brought its values into the political sphere and, in the process, alienated some of the younger generation. Since the disintegration of the communist one-party state at the end of the 1980s, the Catholic Church has pushed its agenda to ban abortion, introduce religious instruction in the state schools, and protect Poland from secular influences emanating from the European Union. As one of the consequences, Polish society has become polarized along religious lines, with conservative forces such as Fr. Rydzyk’s Radio Maryja seeking to counter the influence of the European Union and liberals on the left trying to protect secular values. This volume casts a wide net in topics, with chapters on Pope John Paul II, Radio Maryja, religious education, the Church’s campaign against what it calls “genderism,” and the privatization of religious belief, among other topics.