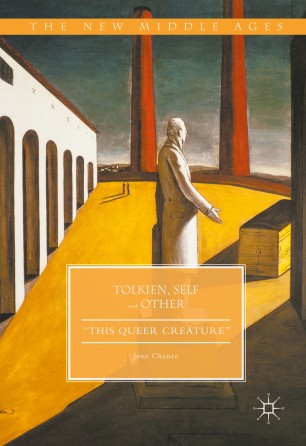 Tolkien, Self and Other

This book examines key points of J. R. R. Tolkien’s life and writing career in relation to his views on humanism and feminism, particularly his sympathy for and toleration of those who are different, deemed unimportant, or marginalized—namely, the Other. Jane Chance argues such empathy derived from a variety of causes ranging from the loss of his parents during his early life to a consciousness of the injustice and violence in both World Wars. As a result of his obligation to research and publish in his field and propelled by his sense of abjection and diminution of self, Tolkien concealed aspects of the personal in relatively consistent ways in his medieval adaptations, lectures, essays, and translations, many only recently published. These scholarly writings blend with and relate to his fictional writings in various ways depending on the moment at which he began teaching, translating, or editing a specific medieval work and, simultaneously, composing a specific poem, fantasy, or fairy-story. What Tolkien read and studied from the time before and during his college days at Exeter and continued researching until he died opens a door into understanding how he uniquely interpreted and repurposed the medieval in constructing fantasy.

Jane Chance is the Andrew W. Mellon Distinguished Professor Emerita in English at Rice University, USA, and a recipient of an honorary doctorate of letters from Purdue University (2013). Author of twenty-five books and over a hundred articles and reviews, she has received Guggenheim and NEH Fellowships, among others, as well as membership at the Institute for Advanced Study at Princeton, a Rockefeller Foundation residency at Bellagio, and book and article prizes for her work.

“Deal with Tolkien’s own life experience with otherness and examine how that experience informed reflections of otherness in his writing. … the book features a prominent dedication to Chance as well as a vintage photo opposite its table of contents. … deserve a place on the bookshelves of Tolkien scholars and serious fans.” (Jason Fisher, Mythlore, Vol. 37 (2), 2019)