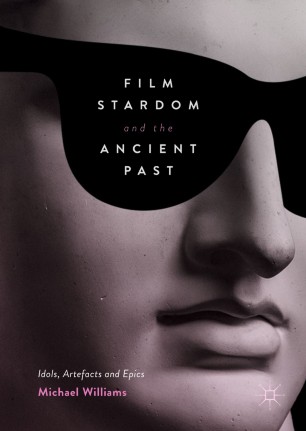 Film Stardom and the Ancient Past

This book offers the first comprehensive exploration of how the ancient past has shaped screen stardom in Hollywood since the silent era. It engages with debates on historical reception, gender and sexuality, nostalgia, authenticity and the uses of the past. Michael Williams gives fresh insights into ‘divinized stardom’, a highly influential and yet understudied phenomenon that predates Hollywood and continues into the digital age.
Case studies include Greta Garbo and Mata Hari (1931); Buster Crabbe and the 1930s Olympian body; the marketing of Rita Hayworth as Venus in the 1940s; sculpture and star performance in Oliver Stone’s Alexander (2004); landscape and sexuality in Troy (2004); digital afterimages of stars such as Marilyn Monroe; and the classical body in the contemporary ancient genre. The author’s richly layered ‘archaeological’ approach uses detailed textual analysis and archival research to survey the use of the myth and iconogr
aphy of ancient Greece and Rome in some of stardom’s most popular and fascinating incarnations.
This interdisciplinary study will be significant for anyone interested in star studies, film and cultural history, and classical reception.

“In the book, the author effectively shows the links between the past and present, and therefore the ethereal nature of stardom … . Williams does so extremely successfully by examining studio portraiture, promotional materials, film texts and critical reception. … However, what makes this book even more impressive is Williams’ wealth of knowledge on the figures of the ancient past, thus he uses this in interesting and unique ways to explore the stars and their films.” (Gillian Kelly, Historical Journal of Film, Radio and Television, January 15, 2019)
Buy options