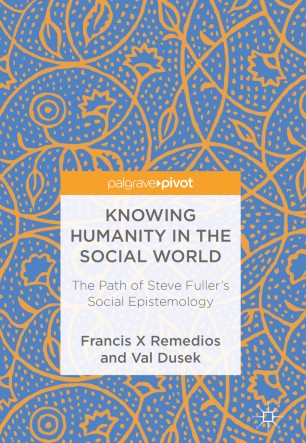 Knowing Humanity in the Social World

This book examines Steve Fuller’s pioneering vision of social epistemology. It focuses specifically on his work post-2000, which is founded in the changing conception of humanity and project into a ‘post-‘ or ‘trans-‘ human future. Chapters treat especially Fuller’s provocative response to the changing boundary limitations of the knower due to anticipated changes in humanity coming from the nanosciences, neuroscience, synthetic biology and computer technology and end on an interview with Fuller himself. While Fuller’s turn in this direction has invited at least as much criticism as his earlier work, to him the result is an extended sense of the knower, or ‘humanity 2.0’, which Fuller himself identifies with transhumanism. The authors assess Fuller’s work on the following issues: Science and Technology Studies (STS), agent-oriented social epistemology, the university and intellectual life, neo-liberal political economy, intelligent design, Cosmism, Gnosticism, proactionary vs precautionary principles and Welfare State 2.0.