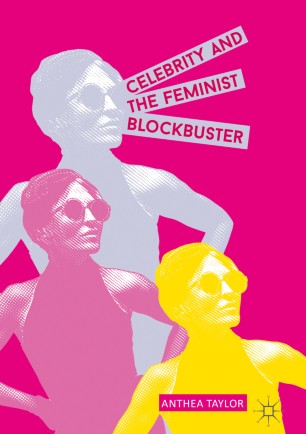 Celebrity and the Feminist Blockbuster

‘Celebrity and the Feminist Blockbuster makes an important contribution to current debates about the media’s role in the construction of feminism and the popular appeal and celebritisation of female public intellectuals. The arguments made in this bold and engaging book require us to think again and think harder about both the values and the impact of celebrity feminism.’
– Anita Biressi, University of Roehampton, UK
In the first book-length study of celebrity feminism, Taylor convincingly argues that the most visible feminists in the mediasphere have been authors of bestselling works of non-fiction: feminist ‘blockbusters’.Celebrity and The Feminist Blockbuster explores how the authors of these popular feminist books have shaped the public identity of modern feminism, in some cases over many decades. Maintaining a distinction between women who are famous because of their feminism and those who later add feminism to their ‘brand’, Taylor contends that Western celebrity feminism, as a political mode of public subjectivity, cannot in any simple way be seen as homologous with other forms of stardom. Moving deftly from the 1960s to the present, focusing on how feminist authors have actively worked to manufacture their public personas, she demonstrates that the blockbuster remains crucial to feminist celebrification but is now often augmented with digital media. Advancing celebrity studies by placing the figure of the feminist front and centre, Celebrity and the Feminist Blockbuster is essential reading for all those interested in gender, popular feminism, and the politics of renown.

Anthea Taylor lectures in the Department of Gender and Cultural Studies, University of Sydney, Australia. She is the author of Mediating Australian Feminism (2008) and Single Women in Popular Culture: The Limits of Postfeminism (Palgrave Macmillan, 2012), as well as numerous journal articles in feminist media and cultural studies.

“I highly recommend this empirically rich book which takes the novel approach of adapting a celebrity studies lens to these well-known feminist figures. Celebrity and the Feminist Blockbuster would be suitable for undergraduate and postgraduate students and researchers in the fields of celebrity studies, media and cultural studies, feminist and gender studies, and English.” (Kaitlynn Mendes, Celebrity Studies, Vol. 9 (03), 2018)
Buy options