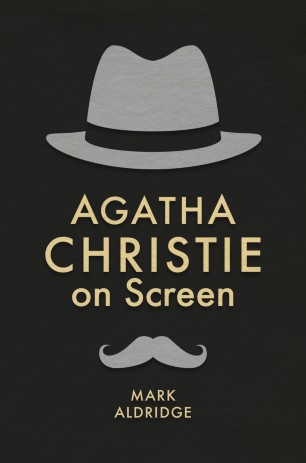 ‘Mark Aldridge's book uncovers many hitherto unknown facts about screen adaptations of Agatha Christie. It is an important addition to Christie scholarship and required reading for all admirers of the Queen of Crime.’ - Dr. John Curran, author of Agatha Christie's Secret Notebooks

‘The book is a mine of information. As well as a fascinating insight into the history of Agatha Christie adaptations, the book also throws much light on the whole area of adaptation and its participants on every side of the fence.’ - Mathew Prichard, grandson of Agatha Christie

Agatha Christie on Screen is a comprehensive exploration of 90 years of film and television adaptations of the world’s best-selling novelist’s work. Drawing on extensive archival material, it offers new information regarding both the well-known and forgotten screen adaptations of Agatha Christie’s stories, including unmade and rare adaptations, some of which have been unseen for more than half a century. This history offers intriguing insights into the discussions and debates that surrounded many of these screen projects – something that is brought to life through previously unpublished correspondence from Christie herself and a new wide-ranging interview with her grandson, Mathew Prichard. Agatha Christie on Screen takes the reader on a journey from little known silent film adaptations, through to famous screen productions including 1974’s Murder on the Orient Express, as well as the television series of the Poirot and Miss Marple stories and, most recently, the BBC’s acclaimed version of And Then There Were None.

Dr Mark Aldridge is a senior lecturer in Film and Television at Southampton Solent University, UK, specialising in film and television history. Previous publications include The Birth of British Television, also published by Palgrave Macmillan. He has been a fan of Agatha Christie since he first saw Agatha Christie’s Poirot when he was seven.

“It is extremely well written and very accessible to readers, both academic and general. … This book is special for two reasons. First, it is an excellent example of how to balance scholarship with accessibility for both academic and general readers. Aldridge’s book is thoroughly enjoyable to read and comprehensive in its analysis. Secondly, Aldridge focuses on both film and television adaptations, proving successfully that one can analyse both media effectively in the same context.” (Llewella Chapman, Historical Journal of Film, Radio and Television, Vol. 38 (1), 2018)
“This has been a book I have been dipping into over the past few months and for anyone who is interested in film and TV adaptations of Agatha Christie’s work then this is certainly the book to buy. It covers adaptations as early as 1928 and as late as the BBC’s And Then There Were None adaptation in 2015 and it even has two chapters devoted to non-UK and USA adaptations. … So overall I would recommend this book.” (crossexaminingcrime, crossexaminingcrime.wordpress.com, March, 2017)
Buy options