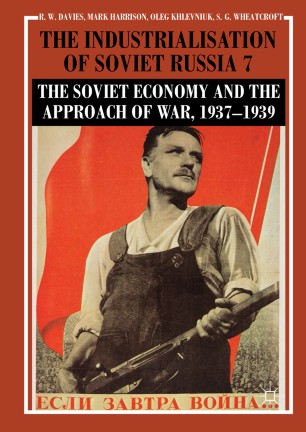 The Industrialisation of Soviet Russia Volume 7: The Soviet Economy and the Approach of War, 1937–1939

This book concludes The Industrialisation of Soviet Russia, an authoritative account of the Soviet Union’s industrial transformation between 1929 and 1939. The volume before this one covered the ‘good years’ (in economic terms) of 1934 to 1936. The present volume has a darker tone: beginning from the Great Terror, it ends with the Hitler-Stalin pact and the outbreak of World War II in Europe. During that time, Soviet society was repeatedly mobilised against internal and external enemies, and the economy provided one of the main arenas for the struggle. This was expressed in waves of repression, intensive rearmament, the increased regimentation of the workforce and the widespread use of forced labour.