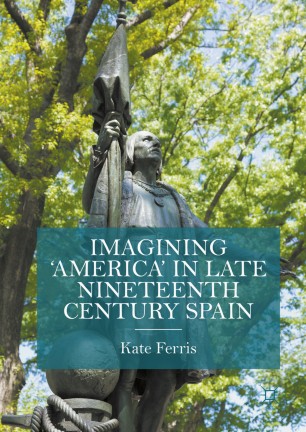 This book examines the processes of production, circulation and reception of images of America in late nineteenth century Spain. When late nineteenth century Spaniards looked at the United States, they, like Tocqueville, ‘saw more than America’.  What did they see? Between the ‘glorious’ liberal revolution of 1868 and the run-up to the 1898 war with the US that would end Spain’s New World empire, Spanish liberal and democratic reformers imagined the USA as a place where they could preview the ‘modern way of life’, as a political and social model (or anti-model) to emulate, appropriate or reject, and above all as a 100 year experiment of republicanism, democracy and liberty in practice. Through their writings and discussions of the USA, these Spaniards debated and constructed their own modernity and imagined the place of their nation in the modern world.

Kate Ferris is Lecturer in Modern European History at the University of St Andrews, UK.  She has research interests in cultural productions and receptions in nineteenth and twentieth century Spain and Italy and has previously published Everyday Life in Fascist Venice (2012).