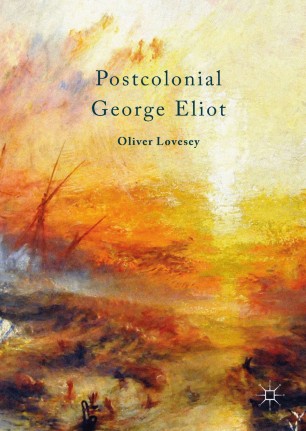 This book examines the range of the colonial imaginary in Eliot’s works, from the domestic and regional to ancient and speculative colonialisms. It challenges monolithic, hegemonic views of George Eliot — whose novelistic career paralleled the creation of British India — and also dismissals of the postcolonial as ahistorical. It uncovers often-overlooked colonized figures in the novels. It also investigates Victorian Islamophobia in light of Eliot’s impatience with ignorance, intolerance, and xenophobia as well as her interrogation of the make-believe of endings. Drawing on a range of sources from Eugène Bodichon’s Algerian anthropological texts, the Persian journals of John Martyn, and postmodern re-engagements, Postcolonial George Eliot has implications for an understanding of the globalization of English, the decolonization of disciplinarity and periodization, and the roots of present-day conflict in the wider Mediterranean world.

Oliver Lovesey is Associate Professor of English at the University of British Columbia, Okanagan Campus, Canada. He has authored a number of monographs on George Eliot and Ngũgĩ wa Thiong’o, and edited Victorian Social Activists’ Novels, The Mill on the Floss, Approaches to Teaching the Works of Ngũgĩ, and a Popular Music and Society special issue: 'Popular Music and the Postcolonial'.