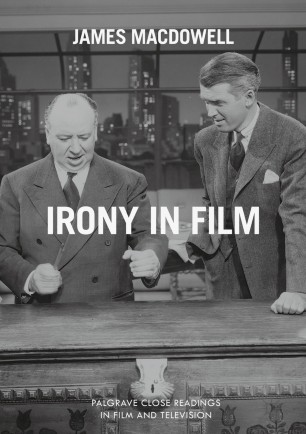 Irony in Film is the first book about ironic expression in this medium. We often feel the need to call films or aspects of them ironic; but what exactly does this mean? How do films create irony? Might certain features of the medium help or hinder its ironic potential? How can we know we are justified in dubbing any film or moment ironic? This book attempts to answer such questions, investigating in the process crucial and under-examined issues that irony raises for our understanding of narrative filmmaking.
A much-debated subject in other disciplines, in film scholarship irony is habitually referred to but too seldom explored. Combining in-depth theorising with detailed close analysis, this pioneering study asks what ironic capacities films might possess, how film style may be used ironically, and what role intention should play in film interpretation. The proposed answers have significance for our understanding of not only ironic filmmaking, but the nature of expression in this medium.

James MacDowell is Assistant Professor in Film and Television Studies at the University of Warwick, UK. He is the author of Happy Endings in Hollywood Cinema: Cliché, Convention and the Final Couple (2013), and sits on the editorial board of Movie: A Journal of Film Criticism.