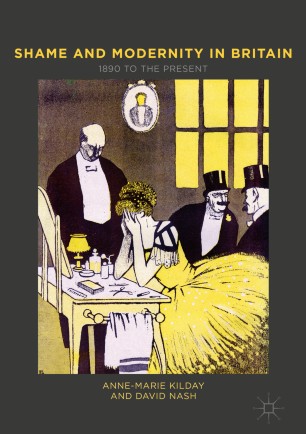 Shame and Modernity in Britain

This book argues that traditional images and practices associated with shame did not recede with the coming of modern Britain. Following the authors’ acclaimed and successful nineteenth century book, Cultures of Shame, this new monograph moves forward to look at shame in the modern era. As such, it investigates how social and cultural expectations in both war and peace, changing attitudes to sexual identities and sexual behaviour, new innovations in media and changing representations of reputation, all became sites for shame’s reconstruction, making it thoroughly modern and in tune with twentieth century Britain’s expectations. Using a suite of detailed micro-histories, the book examines a wide expanse of twentieth century sites of shame  including  conceptions of cowardice/conscientious objection during the First World War, fraud and clerical scandal in the interwar years, the shame associated with both abortion and sexual behaviour redefined in different ways as ‘deviant’, shoplifting in the 1980s and lastly, how homosexuality shifted from ‘Coming Out’ to embracing ‘Pride’, finally rediscovering the positivity of shame with the birth of the ‘Queer’.