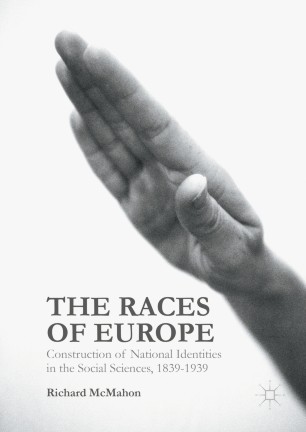 The Races of Europe

Construction of National Identities in the Social Sciences, 1839-1939

This book explores a vital but neglected chapter in the histories of nationalism, racism and science. It is the first comprehensive study of the transnational scientific community that in the nineteenth and early twentieth centuries attempted to classify Europe's biological races. Anthropological race classifiers produced parallel geographies, histories and hierarchies of European peoples that were crucial to the creation of national identities and to the overtly political race discourses of eugenics and popular racist ideologues. They lent nationalism the invaluable prestige of natural science, and traced the histories, conflicts and relationships of ‘national races’ back into prehistory. Racial national character stereotypes meanwhile supported competing political ideologies. The book examines the interplay between class, gender and national identity narratives and the tensions and interactions between the scientific and political agendas of classifiers. Within the elaborate transnational networks of scientific communities, for example, they had to reconcile competing national narratives.
Dr Richard McMahon is Senior Research Fellow at the University of Portsmouth, UK, where he studies the transnational networks and political narratives of EU Studies. He has published several edited volumes on both race science and European integration and worked at University College Cork, Ireland, and the University of Bristol, UK.