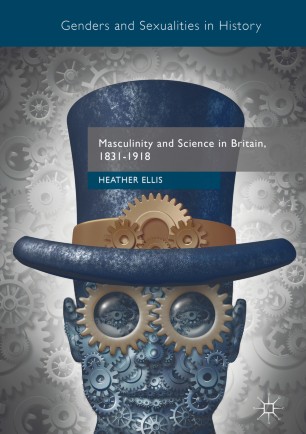 This book offers the first in-depth study of the masculine self-fashioning of scientific practitioners in nineteenth and early twentieth-century Britain. Focusing on the British Association for the Advancement of Science, founded in 1831, it explores the complex and dynamic shifts in the public image of the British ‘man of science’ and questions the status of the natural scientist as a modern masculine hero. Until now, science has been examined by cultural historians primarily for evidence about the ways in which scientific discourses have shaped prevailing notions about women and supported the growth of oppressive patriarchal structures. This volume, by contrast, offers the first in-depth study of the importance of ideals of masculinity in the construction of the male scientist and British scientific culture in the nineteenth and early twentieth centuries. From the eighteenth-century identification of the natural philosopher with the reclusive scholar, to early nineteenth-century attempts to reinvent the scientist as a fashionable gentleman, to his subsequent reimagining as the epitome of Victorian moral earnestness and meritocracy, Heather Ellis analyzes the complex and changing public image of the British ‘man of science’.

Heather Ellis is Vice-Chancellor’s Fellow at the University of Sheffield, UK. She researches the cultural history of higher education, science and gender. She is the author of Generational Conflict and University Reform: Oxford in the Age of Revolution (2012) which was awarded the 2014 Kevin Brehony prize by the History of Education Society UK.

“Heather Ellis … demolishes the notion that men of science in the nineteenth century enjoyed an unchallenged masculine persona (1–3, 21). Her textured and sophisticated book deserves to become required reading for anyone interested in science and gender.” (Richard Bellon, Historical Studies in the Natural Sciences, Vol. 48 (2), 2018)
Buy options