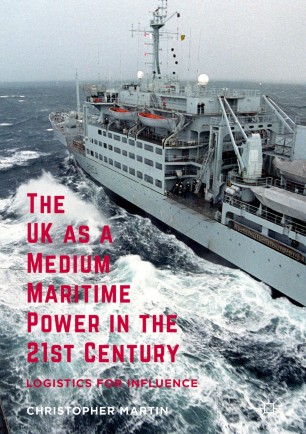 This book argues that the UK, as a post-modern globalised state, will require means to have influence over events and opponents that threaten the UK's interests in the 21st century, and that its means is the Royal Navy. However, unlike other studies, this research emphasizes the role of logistics, especially afloat support logistics and the Royal Fleet Auxiliary. In doing so, the author rejects the current theory underpinning military operations at distance, that distance degrades capability, and posits an alternative theory, that time is the key factor, for maritime-based forces. The UK must reengage with its maritime status and maintain a maritime-based capability to protect its interests in the new maritime century as a leader within the international community. The book will be of use to scholars and researchers interested in naval history and defence policy.

Christopher Martin is Senior Lecturer in War Studies and Contemporary Security at the University of Hull, UK. He is an Associate Member of the Corbett Centre for Maritime Policy Studies. He was awarded the Julian Corbett Prize for Research in Modern Naval History in 2005.