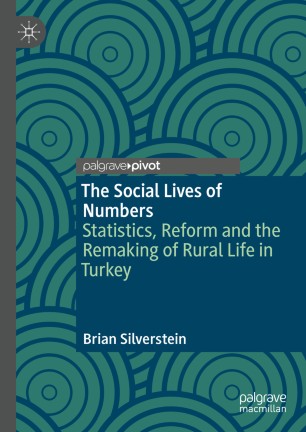 The Social Lives of Numbers

Statistics, Reform and the Remaking of Rural Life in Turkey

This book examines the changing role of statistics in institutional reform in Turkey, and the unanticipated ways in which such changes transform livelihoods as well. Turkish agriculture is undergoing its most profound transformation since the establishment of the Republic in the 1920s. Seemingly minor technical adjustments in farmers’ reporting requirements and practices to collect better data on agriculture for statistics are also having a rapid and massive effect on farmers’ practices and livelihoods. The attempt to understand agriculture in Turkey in new ways is changing agriculture itself. The relationship between statistics and social and natural phenomena is thus performative, and such performativity undergirds a great deal of socio-technical change in the world. Drawing on fieldwork in Turkey with statisticians, farmers and agricultural extension technicians, the book shows how alongside deliberation about reforms, it is in and through this performativity that much of the work of institutional commensuration actually happens.

As Silverstein beautifully demonstrates, statistics is not so much about accurate numbers describing the state, but about largely inaccurate numbers performing the state. Deploying a rich ethnography of both farmers and statisticians in Turkey, he convincingly argues that aligning Turkish figures with EU policies necessarily is about process and institutional change. This book will reward attention from policy analysts and science studies scholars and students alike, as well as a broader readership wishing to explore the techniques of the modern nation state.

—Geoffrey C. Bowker, University of California, Irvine, co-author of Sorting Things Out: Classification and Its Consequences

The burdensome requirements imposed on countries preparing to join the EU have been well documented, but rarely have we been given such a lucid account of the far-reaching economic and cultural consequences of complying with technical reforms that themselves are only preparatory measures to EU membership.  Longstanding practices farmers relied upon to make a living were upended when minor changes to data collection and processing by Turkey’s statistical apparatus were implemented.  Silverstein adeptly demonstrates how small technical adjustments compel rural communities to abandon successful business practices for far more precarious ones, endangering their livelihoods.

—Martha Lampland, University of California, San Diego, co-editor of Standards and Their Stories

Brian Silverstein is Associate Professor in the School of Anthropology at the University of Arizona, where he is also the inaugural Director of the Arizona Center for Turkish Studies.

Brian Silverstein is Associate Professor in the School of Anthropology at the University of Arizona, where he is also the inaugural Director of the Arizona Center for Turkish Studies.