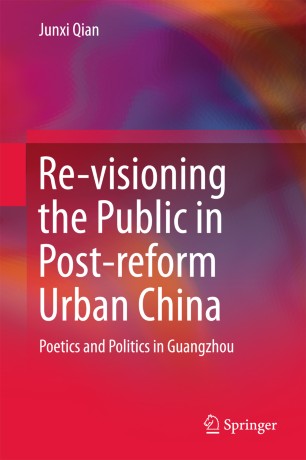 Poetics and Politics in Guangzhou

This book offers a theoretical intervention into the normative ideals of public space that are deeply rooted in Western urbanism. It disrupts the binaries of presence/absence, inclusion/exclusion by presenting a series of case studies that vividly convey the complexity and vicissitude of grassroots spatial practices. It engages powerfully with the question of what constitutes the “urban public” in our everyday cities. Moreover, it provides a fresh perspective on the proliferating scholarship on Chinese urbanism in the reform era by seriously considering the ways in which ordinary urban inhabitants respond to and negotiate the impacts of rapid social change and the reshuffling of the systems of values and ideologies. The urban public, therefore, is analyzed as an important field in which identities and cultural differences are formed and performed. This book is a worthwhile read for anyone interested in theories of urban public space in general or urban transformation of post-reform China in particular.

Junxi Qian is an Assistant Professor at the Department of Geography, The University of Hong Kong. He works at the intersection of geography, urban studies and cultural studies. He holds a PhD in Human Geography from University of Edinburgh, Scotland, UK. His research focuses on urban public space, place identities and place politics in transitional China, the restructuring of urban China, ethnicity and religion. He has published more than 25 articles in international journals.