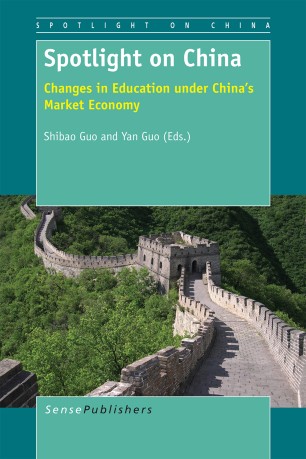 Part of the Spotlight on China book series (SPOT)

Fuelled by forces of globalization, China has gradually shifted from a centrally planned economy to a socialist market economy. Under the market economy China has experienced a massive and protracted economic boom. It is not clear however whether recent economic changes have brought the same miracle to education in China. Spotlight on China brings together established and emerging scholars from China and internationally in a dialogue about the profound social and economic transformation that has resulted from the market economy and its concomitant impact on education in China. The book covers a wide range of topics, including:
• Market economy and curriculum reform
• Teaching under China’s market economy
• Changes in higher education
• Transitions from education to work
• Market economy and social inequality
With its broad scope and fresh critical perspectives, this collection offers a most contemporary and comprehensive analysis of possibly the largest education system in the world. Lessons learned from the China experiment will inform researchers and educators about social and educational reforms in other countries which are undergoing similar fundamental changes.
Spotlight on China provides a state of the art picture: dynamic, partial, full of contradictions and tensions, and, as we speak, in movement and local reconfiguration.” – Allan Luke, Queensland University of Technology.
“The book moves social science research on China’s education another step forward by refining the balance between the viability of mainstream western concepts and the analytical possibilities of creating a new scholarship based on a deeper understanding of the historically grounded realities of contemporary Chinese education.” – Gerard A. Postiglione, The University of Hong Kong"