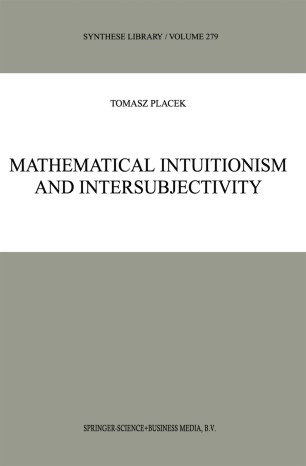 A Critical Exposition of Arguments for Intuitionism

In 1907 Luitzen Egbertus Jan Brouwer defended his doctoral dissertation on the foundations of mathematics and with this event the modem version of mathematical intuitionism came into being. Brouwer attacked the main currents of the philosophy of mathematics: the formalists and the Platonists. In tum, both these schools began viewing intuitionism as the most harmful party among all known philosophies of mathematics. That was the origin of the now-90-year-old debate over intuitionism. As both sides have appealed in their arguments to philosophical propositions, the discussions have attracted the attention of philosophers as well. One might ask here what role a philosopher can play in controversies over mathematical intuitionism. Can he reasonably enter into disputes among mathematicians? I believe that these disputes call for intervention by a philo­ sopher. The three best-known arguments for intuitionism, those of Brouwer, Heyting and Dummett, are based on ontological and epistemological claims, or appeal to theses that properly belong to a theory of meaning. Those lines of argument should be investigated in order to find what their assumptions are, whether intuitionistic consequences really follow from those assumptions, and finally, whether the premises are sound and not absurd. The intention of this book is thus to consider seriously the arguments of mathematicians, even if philosophy was not their main field of interest. There is little sense in disputing whether what mathematicians said about the objectivity and reality of mathematical facts belongs to philosophy, or not.