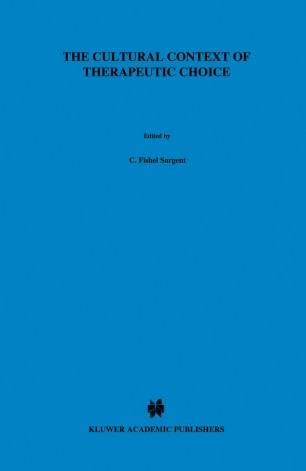 The Cultural Context of Therapeutic Choice

Obstetrical Care Decisions Among the Bariba of Benin

This book examines the factors influencing women's choices of obstetrical care in a Bariba community in the People's Republic of Benin, West Africa. When selecting a research topic, I decided to investigate health care among the Bariba for several reasons. First, I had served as a Peace Corps Volunteer in northern Benin (then Dahomey) and had established a network of contacts in the region. In addition, I had worked for a year as assistant manager of a pharmacy in a northern town and had become interested in the pattern of utilization of health care services by urban residents. This three-year residence proved an invaluable asset in preparing and conducting research in the northern region. In particular, I was able to establish relationships with several indigenous midwives whose families I already knew both from prior research experience and mutual friend­ ships. These relationships enabled me to obtain detailed information regarding obstetrical practice and thus form the foundation of this book. The fieldwork upon which the book is directly based was conducted between June 1976 and December 1977 and sponsored by the F ord-Rockefeller Popula­ tion Policy Program, the Social Science Research Council, the National Science Foundation, and the FUlbright-Hays Doctoral Dissertation Research Program. The Ford-Rockefeller Population Policy Program funded the project as a collab­ oration between myself and Professor Eusebe Alihonou, Professor Agrege (Gynecologie-Obstetrique) at the National University of Benin.