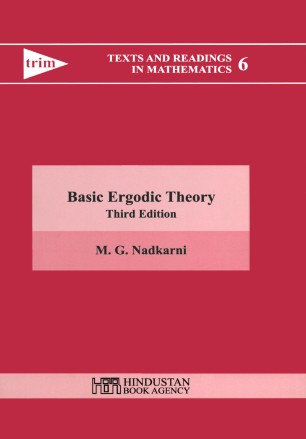 This is an introductory book on Ergodic Theory. The presentation has a slow pace and the book can be read by any person with a background in basic measure theory and metric topology. A new feature of the book is that the basic topics of Ergodic Theory such as the Poincare recurrence lemma, induced automorphisms and Kakutani towers, compressibility and E. Hopf's theorem, the theorem of Ambrose on representation of flows are treated at the descriptive set-theoretic level before their measure-theoretic or topological versions are presented. In addition, topics around the Glimm-Effros theorem are discussed. In the third edition a chapter entitled 'Additional Topics' has been added. It gives Liouville's Theorem on the existence of invariant measure, entropy theory leading up to Kolmogorov-Sinai Theorem, and the topological dynamics proof of van der Waerden's theorem on arithmetical progressions.