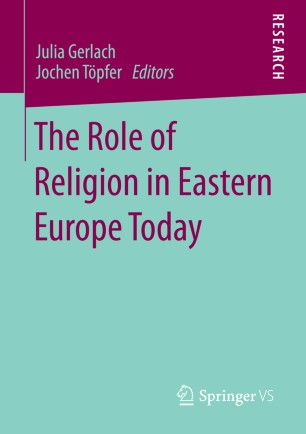 The Role of Religion in Eastern Europe Today

With the end of state-socialism, however, religion re-entered the public space, and in many Post-Socialist countries, religiosity and the role of religion increased significantly—particularly where it has been promoted in the process of state identity building. The authors explore the current role of religion in Eastern Europe, defined politically as the territory of the former socialist Eastern European countries. They use case studies and follow an interdisciplinary approach, tracing the field from the perspectives of political science, sociology, law, culture, and architecture/urban planning.

·        The political interpretation of religion

·        Researchers and students in social sciences and political science

·        Practitioners in the field of religion and politics