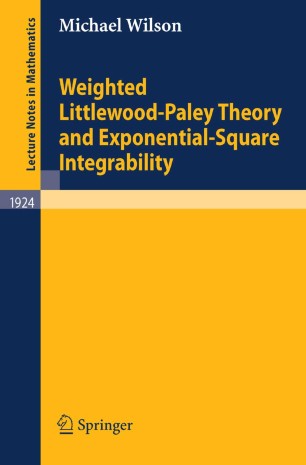 Littlewood-Paley theory is an essential tool of Fourier analysis, with applications and connections to PDEs, signal processing, and probability. It extends some of the benefits of orthogonality to situations where orthogonality doesn’t really make sense. It does so by letting us control certain oscillatory infinite series of functions in terms of infinite series of non-negative functions. Beginning in the 1980s, it was discovered that this control could be made much sharper than was previously suspected. The present book tries to give a gentle, well-motivated introduction to those discoveries, the methods behind them, their consequences, and some of their applications.