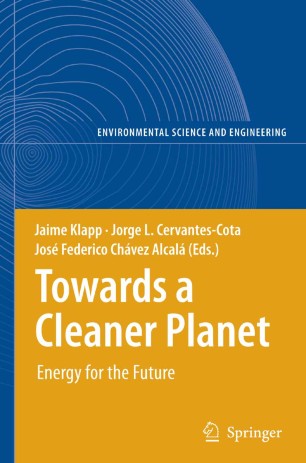 Towards a Cleaner Planet

Energy for the Future

The world has entered a period of significant changes regarding the future of energy generation, mainly caused by the apparent exhaustion of hyd- carbons in the near future, and the Greenhouse gases (GHG) effect of alt- ing the climate worldwide. Mexico, as a developing country, and as the eleventh-most populated nation with the thirteenth-largest territory, and as the owner of important oil production resources, is a good example of a State needing to improve and increase its energy generation. A concerted action amongst the e- nomic sectors involved – both governmental and industrial – could dras- cally improve the present situation regarding the development of its alt- native energy resources. The main motivation for organizing the German-Mexican Symposium 2006 Energy for the future: towards a cleaner planet, was to get a global perspective for changing the present energy-mix in Mexico, currently based on fossil fuels, towards cleaner energy resources. To achieve this, a wide range of relevant topics must be analysed, such as the state of the art of each energy type, their potential use and benefits, social, economic, - litical and environmental aspects, and their inclusion as a real alternative to energy generation programs. It will take time for every country to reduce its dependence on hydrocarbons and to increase its alternative energies share.