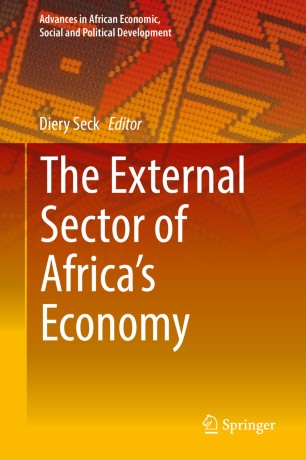 The External Sector of Africa's Economy

The book examines various aspects of Africa's external economy by focusing on regional monetary arrangements and how they are affected by devaluation episodes. It investigates the relationship between current account balances, trade balances and trade openness with respect to regional integration and regional growth patterns, discusses obstacles to a successful regional integration and paths to structural transformation, and studies the impact of economic partnership on inclusive development. The book addresses researchers and policymakers interested in development economies and African economic development.

Diery Seck is Director of the Center for Research on Political Economy (CREPOL), based in Dakar, Senegal.  He was Director of the United Nations African Institute for Economic Development and Planning (UNIDEP).  Previously he served as Executive Director of the Secretariat for Institutional Support for Economic Research in Africa (SISERA) of Canada’s International Development Research Centre (IDRC).  Before returning to Africa in 1995, he was Associate Professor of Finance at the University of Windsor in Canada, and Economist at the World Bank in Washington D.C.  He specializes in financial economics and development economics.
He has authored several articles in academic journals and published books on economic development.  He was co-editor of the Journal of African Finance and Economic Development.  He is currently a member of the Editorial Board of Global Governance Journal (University of Warwick) and Chief Editor of the series on “Advances in African Economic, Social and Political Development” of Springer Verlag (Germany). His latest books include Fixing African Economies: Policy Research for Development; NEPAD and the Future of Economic Policy in Africa (2007); Growth and Development in Africa (2009); Back on Track: Sector-led Growth in Africa and Implications for Development (2010); West Africa and the Global Financial Crisis (2013); Regional Economic Integration in West Africa (2014), Private Sector Development in West Africa (2014); Accelerated Economic Growth in West Africa (2016); and Investment and Competitiveness in Africa (2017).