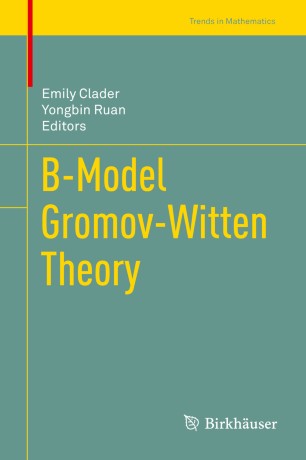 This book collects various perspectives, contributed by both mathematicians and physicists, on the B-model and its role in mirror symmetry. Mirror symmetry is an active topic of research in both the mathematics and physics communities, but among mathematicians, the “A-model” half of the story remains much better-understood than the B-model. This book aims to address that imbalance.
It begins with an overview of several methods by which mirrors have been constructed, and from there, gives a thorough account of the “BCOV” B-model theory from a physical perspective; this includes the appearance of such phenomena as the holomorphic anomaly equation and connections to number theory via modularity. Following a mathematical exposition of the subject of quantization, the remainder of the book is devoted to the B-model from a mathematician’s point-of-view, including such topics as polyvector fields and primitive forms, Givental’s ancestor potential, and integrable systems.