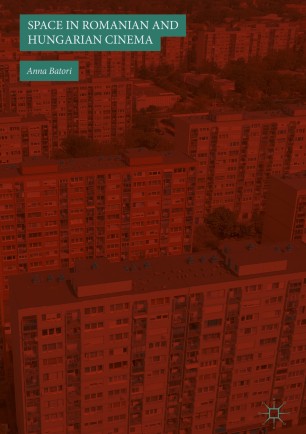 Space in Romanian and Hungarian Cinema

This book examines the structuring of space in Romanian and Hungarian cinema, and particularly how space is used to express the deep imprint of a socialist past on a post-socialist present. It considers this legacy of the Eastern European socialist regimes by interrogating the suffocating, tyrannical and enclosing structures that are presented in film. By tracing such paradigmatic models as horizontal and vertical enclosure, this book aims to show how enclosed spatial structuring restages the post-socialist era to produce an implicit and collective form of remembrance. While closely scrutinizing the interplay of location and image, Space in Romanian and Hungarian Cinema offers a new approach to the cinema of the region, which unites the filmic productions under a defined, post-socialist Eastern European spatial umbrella. By simultaneously portraying the gloom of a socialist past, while also conveying a sense of longing for a pre-capitalist era, these films convey how sense of unity and also ambivalence is a defining hallmark of Eastern European cinema.

Anna Batori is a lecturer in the Faculty of Theatre and Television at Babeş-Bolyai University, Romania.

“Space in Romanian and Hungarian Cinema can ultimately be seen as a valuable study of both Hungarian and Romanian cinema. … The analysis throughout is bold, engaging and original, and, in highlighting a continuation of implicit forms of social, political and historical engagement in the cinemas of post-socialist Hungary and Romania, Batori’s work is a worthwhile addition to the study of post-socialist memory politics.” (Phil Mann, Frames Cinema Journal, June 14, 2019)“This book offers an original and innovative framework for considering Hungarian and Romanian cinema. In focusing on the disciplinary spaces of socialist and post-socialist film, Anna Batori sheds light on the ways in which vertical and horizontal planes and lines in cinema can have significant political implications. This is an important work for film theory as well as for wider studies of the region.” (Matilda Mroz, University of Sussex, UK)
Buy options