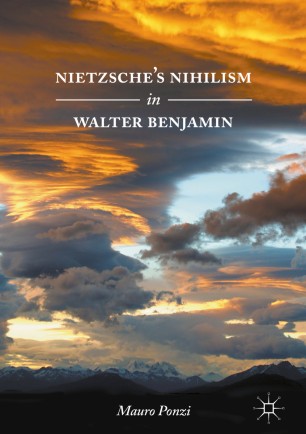 This book reconstructs the lines of nihilism that Walter Benjamin took from Friedrich Nietzsche that define both his theory of art and the avant-garde, and his approach to political action. It retraces the eccentric route of Benjamin's philosophical discourse in the representation of the modern as a place of “permanent catastrophe”, where he attempts to overcome the Nietzschean nihilism through messianic hope. Using conventions from literary criticism this book explores the many sources of Benjamin's thought, demonstrating that behind the materialism which Benjamin incorporates into his Theses on the Concept of History is hidden Nietzsche's nihilism. Mauro Ponzi analyses how Benjamin’s Arcades Project uses figures such as Baudelaire, Marx, Aragon, Proust and Blanqui as allegories to explain many aspects of modernity. The author argues that Benjamin uses Baudelaire as a paradigm to emphasize the dark side of the modern era, offering us a key to the interpretation of communicative and cultural trends of today.

Mauro Ponzi is Full Professor of German Literature at the University of Rome “La Sapienza”, Italy. He is President of the Associazione Italiana Walter Benjamin, and was a member of the Directory Board of the International Walter Benjamin Society in the years 2000 and 2008.