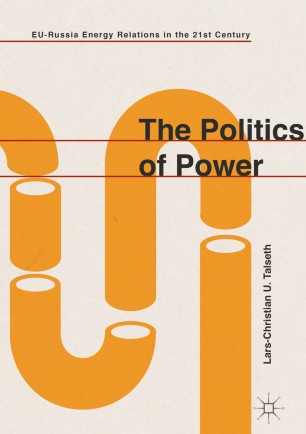 This book sheds new light on the complex EU-Russia relationship, by providing a comprehensive account of the EU-Russia Energy dialogue. The author examines why Moscow and Brussels have failed to cooperate in this crucial area of interdependence. By invoking constructivism and Mikhail Bakhtin’s concept of dialogue, and drawing on dozens of interviews with Russian and European officials, Talseth argues that the Energy Dialogue was unsuccessful because its interlocutors failed to come up with a common narrative for cooperation. Evidence suggests that the collapse of the Energy Dialogue was not pre-determined and initially there was a great deal of optimism and goodwill. Ultimately, the outcome of the Energy Dialogue was shaped by the unfolding time-space of Russo-European relations.
An invaluable reference for students and researchers interested in Russo-European politics, Russo-European energy politics, and energy politics in general. This book will also be of interest to International Relations-scholars focusing on theory and methodology, particularly constructivist research.

Lars-Christian U. Talseth is a researcher and journalist who has written and published extensively about Russia, Europe and energy. He received his DPhil from the University of Oxford, UK, and has worked for leading think tanks in Russia, Germany, Belgium and Norway.

“Russia insisted on unfettered sovereignty, Europe wanted integration, the Energy Dialogue broke down. This is the definitive work on an important dry run of the subsequent overall breakdown in Russian-European relations.” (Iver B. Neumann, Montague Burton Professor, London School of Economics and Political Science, UK)

“Since the early 2000s Russia and the EU have struggled and failed to find either a common language or conceptual vision for cooperation and interaction. This theoretically rich and meticulously researched case study of the EU-Russia Energy Dialogue explores the competing narratives which framed the politics of energy between Moscow and Brussels and their efforts to develop a legally binding energy partnership. As such it offers intriguing and original insights to scholars and specialists on Russian and EU policies as well as energy and international relations.” (Roy Allison, Professor, University of Oxford, UK)

“Energy was supposed to wed Russia and the European Union, but it became a source of conflict. EU-Russia Energy Dialogue proved to be a dialogue of the deaf. EU and Russia are looking at each other with resentment and suspicion and Lars-Christian. U. Talseth explains why. His book is not just about energy and dialogue, but also about power politics proper. EU and Russia have not only conflicting interests, but also incompatible worldviews and institutional frameworks. Creative use of Mikhail Bakhtin’s theory of communication and dialogue helped Talseth to shed a new light on EU-Russia relations. This books should be read by all students and practitioners interested in economic connectivity, strategic bargaining and political (mis)communication in Europe and beyond.” (Jan Zielonka, Professor, University of Oxford, UK)