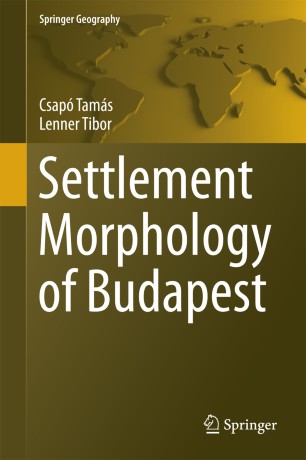 This book presents the results of empirical research conducted by the authors, who personally surveyed the people they met on each and every street, square and public space in Budapest. It has four extensive chapters that discuss urban change and structure in Budapest and feature many rich color illustrations. The first chapter looks at the geographical circumstances impacting the city’s urban development in a historical context, as well as the evolution of its functions and demographic processes and the development of the ground plan and settlement structure. The second chapter concerns itself with the way the capital city of Hungary is built, demonstrating the horizontal homogeneity and vertical heterogeneity of development together with development types and locations in Budapest. The third chapter was written about the change in Budapest’s urban structure, especially in regard to the years after 1990. It lists the major factors influencing urban structure transformation, followed by a detailed analysis of Budapest’s functional zones. Lastly, the fourth chapter provides a detailed introduction to each capital city district, including their creation, development and functional structures.