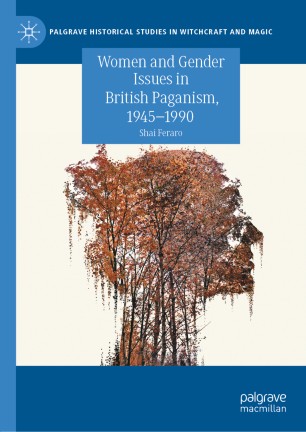 “This is the very first analysis of the precise relationship between the two major expressions of modern Western counter-cultural spirituality: spiritual feminism and Paganism. Based on a most extensive body of primary material which has never hitherto been employed by scholars before, it is at once an important pioneering venture, a triumph of objective and sympathetic scholarship, and a fascinating read.”

This book explores the ways in which changing views on gender and the place of women in society during the latter half of the twentieth century affected women’s participation and standing within British Paganism. More specifically, it examines how British Wiccans and Wiccan-derived Pagans reacted to the rise of 'second-wave' feminism and the Women's Liberation Movement in the UK – with a special emphasis on the reception of feminist theory hailing from the USA – and to the emergence of feminist branches of Witchcraft and Goddess Spirituality during the 1970s and 1980s. The book draws on primary sources never before analyzed in an academic context and makes a valuable contribution to the growing body of knowledge on gender and religion during the twentieth century, as very little research has been conducted on the relations between the history of modern Paganism and that of second-wave feminism in the UK.

Shai Feraro is an Adjunct Lecturer at Oranim College of Education, Israel. He has published two edited collections with Palgrave in the past: Contemporary Alternative Spiritualities in Israel (2016); and Magic and Witchery in the Modern West(2019).