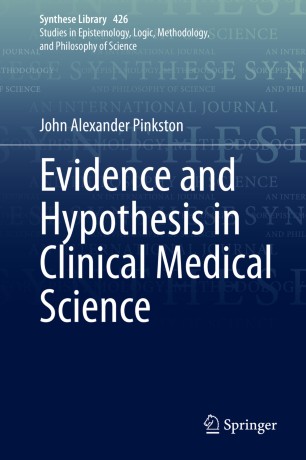 In this book, the author argues that no current philosophical theory of evidence in clinical medical science is adequate. None can accurately explain the way evidence is gathered and used to confirm hypotheses. To correct this, he proposes a new approach called the weight of evidence account. This innovative method supplies a satisfactory explanation and rationale for the “hierarchical pyramid” of evidence–based medicine, with randomized clinical trials and their derivatives, meta-analyses, and systematic reviews of randomized clinical trials at the top and case reports, case series, expert opinion, and the like at the bottom.

The author illustrates the development of various “levels” of evidence by considering the evolution of less invasive surgical treatments for early breast cancer. He shows that the weight of evidence account explains the notion of levels of evidence and other efforts to rank them. In addition, he presents a defense of randomization as a method to maximize accuracy in the conduct of clinical trials.
The title also considers ethical issues surrounding experimentation with medical therapies in human subjects. It illustrates and discusses these issues in studies of respiratory therapies in neonates and treatment for certain cancers in adults. The author shows that in many cases sufficient evidence can be accrued to warrant generally accepted new therapies without the need for evidence derived from randomized clinical trials.