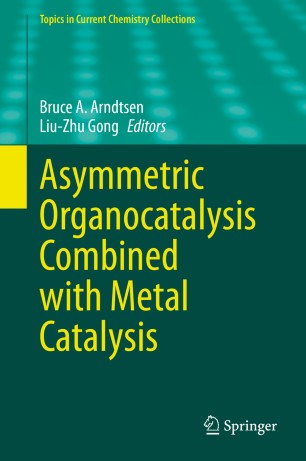 The series Topics in Current Chemistry Collections presents critical reviews from the journal Topics in Current Chemistry organized in topical volumes. The scope of coverage is all areas of chemical science including the interfaces with related disciplines such as biology, medicine and materials science. The goal of each thematic volume is to give the non-specialist reader, whether in academia or industry, a comprehensive insight into an area where new research is emerging which is of interest to a larger scientific audience.
Each review within the volume critically surveys one aspect of that topic and places it within the context of the volume as a whole. The most significant developments of the last 5 to 10 years are presented using selected examples to illustrate the principles discussed. The coverage is not intended to be an exhaustive summary of the field or include large quantities of data, but should rather be conceptual, concentrating on the methodological thinking that will allow the non-specialist reader to understand the information presented. Contributions also offer an outlook on potential future developments in the field.
The chapter "Enamine/Transition Metal Combined Catalysis: Catalytic Transformations Involving Organometallic Electrophilic Intermediates" is available open access under a CC BY 4.0 License via link.springer.com.

Bruce Arndtsen received a Ph.D. in Chemistry at Stanford University in 1993 and was a postdoctoral fellow at the University of California, Berkeley from 1993-1995. He has been full professor of  McGill University since 2010 and was named a James McGill Professor of Chemistry in 2011. Research in his group focuses on the discovery and mechanistic understanding of new approaches to chemical synthesis by transition metal catalysis. Professor Arndtsen is the recipient of a DuPont Aid in Education Award and recieved an NSERC Accelerator Grant for Exceptional New Opportunities.

Liu-Zhu Gong received his Ph.D. from Institute of Chemistry, Chinese Academy of Sciences in 2000. Then, he worked at Chengdu Institute of Organic Chemistry, Chinese Academy of Sciences initially as an assistant professor and was promoted to professor in 2001. Since 2006, he has been a full professor of University of Science and Technology of China. He was appointed a Cheung Kong Scholar Professor of organic chemistry in 2007. His research interest has been continuously focused on the asymmetric organocatalysis combined with metal catalysis, asymmetric organocatalysis, and total synthesis of natural products.