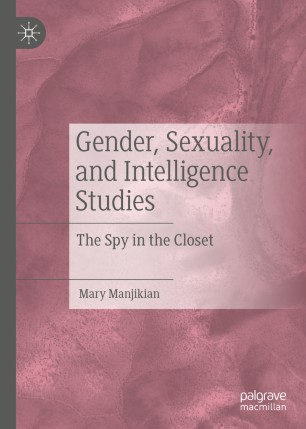 The Spy in the Closet

“Gender, Sexuality, and Intelligence Studies is a bold and ambitious engagement across queer theorizing, critical international relations, and intelligence studies. It stirs up conversations that were previously either ignored or impossible while providing a clear argument and a unique perspective. A reader will not be able to help getting involved in the analysis, sometimes agreeing sometimes arguing. Manjikian brings a strong perspective and impressive familiarity across a wide variety of literatures. A worthwhile read!”

—Laura Sjoberg, Associate Professor of Political Science and Women’s Studies, University of Florida, USA
This is the first work to engage with intelligence studies through the lens of queer theory. Adding to the literature in critical intelligence studies and critical international relations theory, this work considers the ways in which both the spy, and the activities of espionage can be viewed as queer. Part One argues that the spy plays a role which represents a third path between the hard power of the military and the soft power of diplomacy. Part Two shows how the intelligence community plays a key role in enabling leaders of democracies to conduct covert activities running counter to that mission and ideology, in this way allowing a leader to have two foreign policies—an overt, public policy and a second, closeted, queer foreign policy.
Mary Manjikian is Professor and Associate Dean at the Robertson School of Government, Regent University, USA.