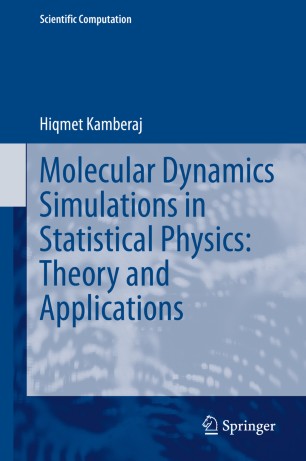 This book presents computer simulations using molecular dynamics techniques in statistical physics, with a focus on macromolecular systems. The numerical methods are introduced in the form of computer algorithms and can be implemented in computers using any desired computer programming language, such as Fortran 90, C/C++, and others. The book also explains how some of these numerical methods and their algorithms can be implemented in the existing computer programming software of macromolecular systems, such as the CHARMM program.

In addition, it examines a number of advanced concepts of computer simulation techniques used in statistical physics as well as biological and physical systems. Discussing the molecular dynamics approach in detail to enhance readers understanding of the use of this method in statistical physics problems, it also describes the equations of motion in various statistical ensembles to mimic real-world experimental conditions.

Intended for graduate students and research scientists working in the field of theoretical and computational biophysics, physics and chemistry, the book can also be used by postgraduate students of other disciplines, such as applied mathematics, computer sciences, and bioinformatics. Further, offering insights into fundamental theory, it as a valuable resource for expert practitioners and programmers and those new to the field.

Hiqmet has published around 20 articles and book chapters in reputed journals and has been serving as editor-in-chief, editorial board member and ad-hoc reviewer of repute. His articles focus on understanding the structure, dynamics, and thermodynamics of macromolecular systems using the laws of physics and biochemistry, and applied mathematics.