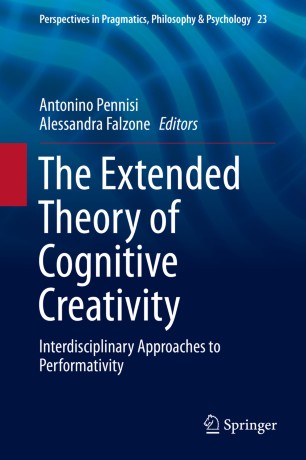 The Extended Theory of Cognitive Creativity

This edited volume focuses on the hypothesis that performativity is not a property confined to certain specific human skills, or to certain specific acts of language, nor an accidental enrichment due to creative intelligence. Instead, the executive and motor component of cognitive behavior should be considered an intrinsic part of the physiological functioning of the mind, and as endowed with self-generative power. Performativity, in this theoretical context, can be defined as a constituent component of cognitive processes. The material action allowing us to interact with reality is both the means by which the subject knows the surrounding world and one through which he experiments with the possibilities of his body. This proposal is rooted in models now widely accepted in the philosophy of mind and language; in fact, it focuses on a space of awareness that is not in the individual, or outside it, but is determined by the species-specific ways in which the body acts on the world. This theoretical hypothesis will be pursued through the latest interdisciplinary methodology typical of cognitive science, that coincide with the five sections in which the book is organized: Embodied, enactivist, philosophical approaches; Aesthetics approaches; Naturalistic and evolutionary approaches; Neuroscientific approaches; Linguistics approaches. This book is intended for: linguists, philosophers, psychologists, cognitive scientists, scholars of art and aesthetics, performing artists, researchers in embodied cognition, especially enactivists and students of the extended mind.